Lehner
"My goal? There is only one goal." - Jonathan Toews
K 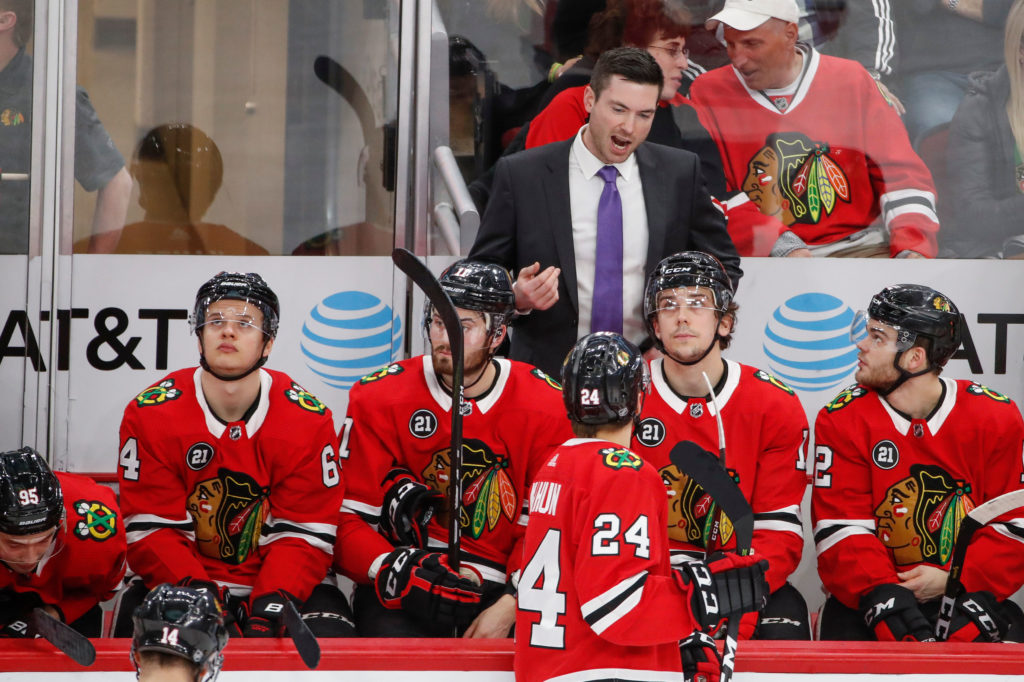 Tape-to-tape: With the Blackhawks stalled in the present, is it time to reassess the future?

How have the Blackhawks performed since Joel Quenneville was fired? Let's just say it hasn't been pretty.

Powers: That’s the thing, I don’t know if you can consider a coaching change without also considering a general manager change. I know a lot of people want to blame Colliton for what’s happening, and I continually see people complaining about his system. I don’t think it’s the system, and I’ve heard that from a lot of hockey people I trust. Colliton is not above criticism, and he certainly hasn’t always pushed the right buttons over the past year. He’s been defensive about some of his decisions, especially his line combinations, and I don’t think people were out of line for questioning him. But he’s intelligent, understands the game and isn’t asking players to do anything extraordinary in his system. To me, it’s more about roster personnel. The results have been nearly the same under Colliton as they were Quenneville. That tells me something.
Laajenna klikkaamalla

The sooner the Blackhawks stop worrying so much about winning now, the sooner they can probably win again. They wouldn’t have to spin on-ice results, state they have the league’s best analytics department, endlessly defend Brent Seabrook’s contract or feel obligated to say they’re a playoff team when everyone else sees they’re not. Colliton could evolve into the job and not be rushed to win. He could probably thrive with time. And it’s OK if the sellout streak ends. It’s OK to have won three Stanley Cups and then have to figure it out again. Maybe it’s time for a rebrand. The One Goal campaign was perfect. Who’s to say the next marketing campaign can’t be the same? Chelsea Dagger had its time. What about a new song by a local artist? Take a step back, breathe and embrace restarting in some ways. Maybe Toews, Kane, Duncan Keith, Seabrook, Crawford, Andrew Shaw and Brandon Saad want to be part of that longer-than-expected ride, maybe they don’t. I think they’re conversations worth having, though, if things don’t turn around soon. Are the Blackhawks at that point? I don’t know. It’s possible. I just think it’s OK to admit you were wrong if that does happen.
Laajenna klikkaamalla